Added 1 month ago by MovieTrailers
2 Views
The #StandMovieMusical #trailer for the #UnitedStates release on December 1st, 2020 with Fathom Events. Tickets: http://bit.ly/StandMovieMusical

Buy the album (download only) on Apple Music: https://music.apple.com/ca/album/stand-movie-musical-soundtrack/1491228224 If you get a message stating "Unavailable in your country", you are attempting to stream vs. purchase. Please purchase a download to support the artists involved. Thanks!

Director Robert Adetuyi ("Stomp the Yard", "Bring It On") teams up with two-time Emmy Award-winning cinematographer Roy Wagner in this movie adaptation of Juno-award-winning composer Danny Schur & Rick Chafe's hit musical ("One wonders if Evita will impress as much" - Star Phoenix, "Irresistibly catchy" - CBC Radio, "One of the best new musicals I have seen onstage " - Globe & Mail).

Synopsis: 1919. Stefan and his father Mike fled Ukraine for the New World, where they struggle to earn enough to re-unite their family. Stefan is instantly smitten with the Jewish suffragette neighbour, Rebecca - but Rebecca's brother Moishe and Mike oppose the would-be Romeo and Juliet. Returned soldiers, angry at the lack of jobs after the war, violently threaten the city's immigrants, including Emma, the refugee from racist persecution in Oklahoma. When a movement develops for all workers to leave their jobs in protest, AJ Anderson, a wealthy lawyer, pits everyone against each other in a dramatic and inspirational final stand. 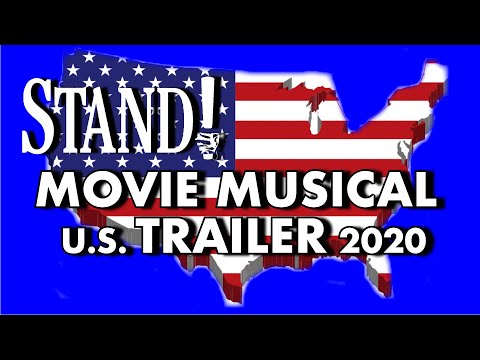