Added 1 week ago by
175 Views
Check a sneak peek behind the scenes of the Ninja training for #SnakeEyes starring Henry Golding.

Based on the iconic G.I. Joe character...Uncover the classified origin story only in theatres July 23. ????

Snake Eyes: G.I. Joe Origins stars Henry Golding as Snake Eyes, a tenacious loner who is welcomed into an ancient Japanese clan called the Arashikage after saving the life of their heir apparent. Upon arrival in Japan, the Arashikage teach Snake Eyes the ways of the ninja warrior while also providing something he’s been longing for: a home. But, when secrets from his past are revealed, Snake Eyes’ honor and allegiance will be tested – even if that means losing the trust of those closest to him.


#FilmIsNowAction is the best channel to catch the latest official action movie trailers and movie clips and spots, featurettes, behind the scenes, interviews and other great original content. The FilmIsNow team is dedicated to providing you with all the best new videos because just like you we are big movie fans. 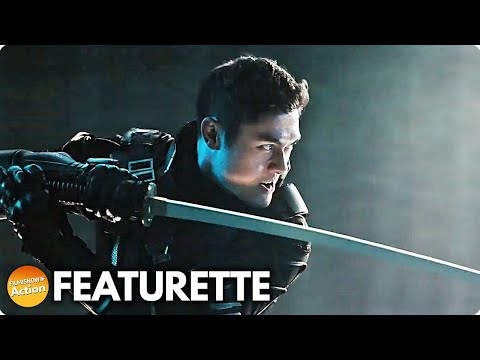 Check a sneak peek behind the scenes of the Ninja training for #SnakeEyes starring Henry Golding. ???? Want to be notified when we post new videos? Su...