The franchise centers on a series of fantasy and science fantasy role-playing video games. The first game in the series was released in 1987, with 14 other main-numbered entries being released since then. The franchise has since branched into other video game genres such as tactical role-playing, action role-playing, massively multiplayer online role-playing, racing, third-person shooter, fighting, and rhythm, as well as branching into other media, including CGI films, anime, manga, and novels.

PLOT & THEMES
The central conflict in many Final Fantasy games focuses on a group of characters battling an evil, and sometimes ancient, antagonist that dominates the game's world. Stories frequently involve a sovereign state in rebellion, with the protagonists taking part in the rebellion. The heroes are often destined to defeat the evil, and occasionally gather as a direct result of the antagonist's malicious actions. Another staple of the series is the existence of two villains; the main villain is not always who it appears to be, as the primary antagonist may actually be subservient to another character or entity. The main antagonist introduced at the beginning of the game is not always the final enemy, and the characters must continue their quest beyond what appears to be the final fight.

Stories in the series frequently emphasize the internal struggles, passions, and tragedies of the characters, and the main plot often recedes into the background as the focus shifts to their personal lives. Games also explore relationships between characters, ranging from love to rivalry. Other recurring situations that drive the plot include amnesia, a hero corrupted by an evil force, mistaken identity, and self-sacrifice. Magical orbs and crystals are recurring in-game items that are frequently connected to the themes of the games' plots. Crystals often play a central role in the creation of the world, and a majority of the Final Fantasy games link crystals and orbs to the planet's life force. As such, control over these crystals drives the main conflict. The classical elements are also a recurring theme in the series related to the heroes, villains, and items. Other common plot and setting themes include the Gaia hypothesis, an apocalypse, and conflicts between advanced technology and nature.

CHARACTERS
The series features a number of recurring character archetypes. Most famously, every game since Final Fantasy II, including subsequent remakes of the original Final Fantasy, features a character named Cid. Cid's appearance, personality, goals, and role in the game (non-playable ally, party member, villain) vary dramatically. However, two characteristics many versions of Cid have in common are 1) being a scientist or engineer, and 2) being tied in some way to an airship the party eventually acquires. Every Cid has at least one of these two traits.

Biggs and Wedge, inspired by two Star Wars characters of the same name, appear in numerous games as minor characters, sometimes as comic relief. The later games in the series feature several males with effeminate characteristics. Recurring creatures include Chocobos and Moogles. Chocobos are large, often flightless birds that appear in several installments as a means of long-distance travel for characters. Moogles, on the other hand, are white, stout creatures resembling teddy bears with wings and a single antenna. They serve different capacities in games including mail delivery, weaponsmiths, party members, and saving the game. Chocobo and Moogle appearances are often accompanied by specific musical themes that have been arranged differently for separate games. Final Fantasy is also well known for its enemy monsters and creatures. 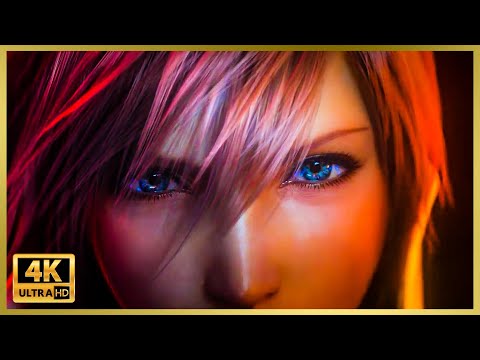