Added 1 month ago by MovieTrailers
31 Views
Check out the new trailer for Break the Silence: The Movie starring BTS! Let us know what you think in the comments below.
► Visit https://www.fandango.com/break-the-silence-the-movie-223389?cmp=Indie_YouTube_Desc

Want to be notified of all the latest indie movies? Subscribe to the channel and click the bell icon to stay up to date.

For more information on how to go safely to the movies, visit https://www.fandango.com/safety

US Release Date: September 24, 2020
Starring: BTS
Directed By: Jun-Soo Park
Synopsis: BTS, an acronym of Bangtan Sonyeondan or "Beyond the Scene," is a South Korean boyband that has been capturing the hearts of millions of fans globally since their debut in June 2013. The members of BTS are RM, Jin, SUGA, j-hope, Jimin, V, and Jung Kook. Gaining recognition for their authentic and self-produced music, top-notch performances, and the way they interact with their fans, the band has established themselves as global superstars breaking countless world records. While imparting a positive influence through activities such as the LOVE MYSELF campaign and the UN 'Speak Yourself' speech, BTS has mobilized millions of fans across the world (named ARMY), topped prominent music charts, performed multiple sold-out stadium shows across the world and has been named as one of TIME 100: The Most Influential People of 2019. The band has also been recognized with numerous prestigious awards like the Billboard Music Awards and American Music Awards.

Fandango MOVIECLIPS INDIE channel is the destination for all things related to indie, foreign, and documentary films. Subscribe to keep up with the latest festival news, art house openings, film reviews, and more. 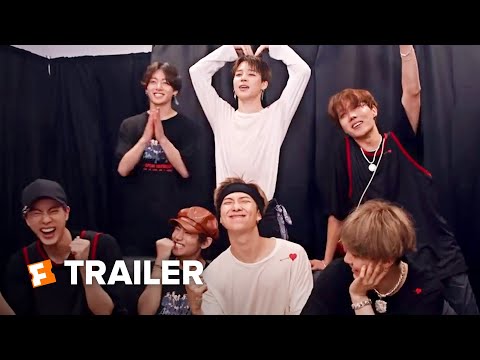 Check out the new trailer for Break the Silence: The Movie starring BTS! Let us know what you think in the comments below. ► Visit https://www.fandang...